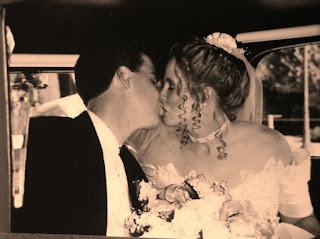 Marriage is hard enough, the fire service makes it that much more difficult. A while ago, I read a post from a fire wife that was lost and looking for direction.  Her marriage was crumbling down around her and apparently her husband had no interest in helping pick up the pieces.  And it really struck a cord with me. So much so, I took screenshots of her first post and saved them to my phone.  I felt her pain.

I had walked in those very same shoes

and cried those same tears.

My tears came in the shower, with water beating down on my back and the music blaring as loud as I could get it, all to camouflage the tears and drown out the sobs.

Those emotions came rushing back to me like it was yesterday, upon reading those words from a sister fire wife, feeling the same pain.

The post that I read came almost 6 years to the day.  Right around Christmas 2006, my husband announced that he was leaving.  He was unhappy in our marriage and there was a someone else that he wanted to try things out with.  She made him feel butterflies in his stomach.

I couldn’t imagine life without him.  We had grown up together, dating at 19, married at 22. What!?!

This “announcement” came while I was  in the hospital, purposefully being sleep deprived in an effort to map out the origins of seizures in my brain in order to decide if surgery was a possibility and that was when my husband brought this all to light, during my ten day stay on the neuro floor. It made me feel sick to my stomach.

Earlier in my stay, I noticed that he wasn’t wearing his ring while he was visiting.  After a few days of “forgetting”, he came clean.  He told me he was unhappy and wanted to move on. I wanted to throw myself out the 7 story window to my right, because it would be less painful.  That was probably the most emotion I felt all at once. Pain, betrayal, heartbreak, fear, anger, self-pity…and worst of all…lost.

What I failed to realize, is that he went home and cried the same tears I was crying…

My mind was going constantly. I kept things together for all those years while he figured out how to manage his depression, I single-handedly raised our two boys (to this day he has very few memories of their early years), I risked my life to bring his three children into this world – quite literally, and this was how it was going to end.  It was all going to end with me, hooked up to a never ending EEG, wearing a foam helmet (with an escort) to go to the bathroom, in a hospital, alone.

If I were being completely honest, I had the same thoughts over the course of those years. I wanted to quit, I wanted to leave – to run away from it all…but I stayed and worked through it.  Or, so I thought.  Perhaps I truly didn’t give it my all.  Perhaps I gave myself a pass to NOT give 150% to my marriage 100% of the time due to the indifference I felt radiating from my husband.  I don’t know.  But clearly, there was work to be done.

The next few months are a blur – tears, sleeping in our bed alone, him coming upstairs to make it appear as though he had slept with me to keep things normal for the boys.  I tried EVERYTHING, or so I thought.  I tried to attend to his every need (completely ignoring my own), to be as supportive as I could. I bottled everything up inside so he would not see me unhappy or hear me complain. I scheduled counseling – which after him telling me he would give it a shot, he looked the counselor in the face and said he didn’t want to work on “us” because there was no “us” to work on.  That was our first and only couples session. I felt SO humiliated.  And Betrayed.

Once we left her east side office, it was silent.  We picked up the kids and he made some comment that just ripped my heart out.  To be honest,I don’t even remember what it was.  My brain has blocked it out.  At the next stoplight I got out of the car and walked home – it was still a couple miles.  He yelled at me to get back in and I ignored him – not unlike the cliche scene from far too many movies. On my walk home, the alarm company called to tell me there was a breech with the front door, that I remember vividly.  It is so clear in my Swiss cheese brain, because I remember thinking, “Good, there will be less to fight over when he serves me with those papers.”

Our daughter turned one in the midst of all of this.  And I cried at the thought that she would never have memories of mommy and daddy together. 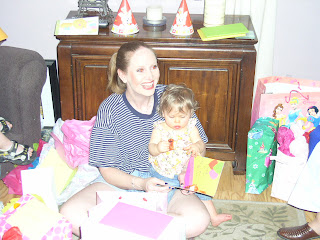 And then I quit.

I decided to focus more on me.  Making myself a better person, a better mother and a better woman.  I asked him watch Fireproof with me, I have no idea if it made any difference.  And I ordered the book.  I was relatively faithful to it.  Again, I don’t know if that made the difference.  But, something happened that summer.  The Ballroom lessons I had been dying to take, but “we” never had time, were now on my schedule.  Trips to the park with my kids became so important to me.  That summer, I did not buy my husband a beach towel.  He hadn’t used the previous ones with us.

That single omission spoke volumes to him.

I had a health scare that summer.  One that rocked me to my core.  My doc and I did the ultra-sounds and I went to appointment after appointment on my own.  I was just going to have to face this on my own two feet, because this was life.  I looked at apartments.  Picked out a lovely lower, with beautiful woodwork and leaded glass. The gentlemen upstairs told me he would tend to all of the outside responsibilities.

And I actually felt good about it.  I was clearly, not happy.  I was clearly still missing my husband.  I hated that sleeping alone had to be tempered with my goldens snuggled in my knees.  When we were “together”, I didn’t know how to feel – cheap and available or slightly hopeful.  I needed my own space and my own breathing room. I had to picture my life without him, with just my kids and I needed him to NOT be there in order to do it.

With this mess you’ve left for me

I can clean it up, you see

Just as long as you’re gone

The Wreckers, Leave the Pieces was all over the airwaves and constantly playing in my head.

And THE DAY I was going to put the first and last month’s payments down, he asked if we could try again.

He liked the changes he saw in me.  The woman I had rediscovered, made him smile.  Slowly he started to move back into our bedroom.  We started simple – going on walks together, getting ice cream. And it was like we were dating again.

Later that month, I felt horrible, physically.  I couldn’t stop throwing up.  My doc was worried, based on some of the earlier events.  I made a comment to a friend that I felt like I did when I was…pregnant.  No.  We haven’t been together enough…we never went without precautions…I know my body’s days.

I took EIGHT pregnancy test because I refused to believe any of them.

I didn’t tell my husband immediately and tried to figure out how I would raise a baby alone.  I just knew he would leave if he found out.  My doc took me in to the ultrasound room, just to get a handle on things.  I was 9 weeks along – with TWINS!  I cried some more.  She couldn’t figure out how, well clearly she knew “how”.  But, 5 weeks earlier, we had done an ultrasound.  She would have seen TWINS.

I waited a few days, but I told my husband.  And through my tears, he smiled!

We lost one of the twins, as we had with earlier pregnancies.  And it was the roughest pregnancy of all of them. Nearly everything that could go wrong did.  I spent a good portion of my pregnancy either in the hospital or on the couch with pillows under my bottom. But she was my miracle baby.  She made a very early entrance into this world with some amazing circumstances, even amazing her docs.  She was not in my plan, but I cannot imagine life without her.  And she brought us that much closer together.  And she reignited the father in my husband.

Later that summer he decided to make himself happier, he signed up for the initial test with the fire department.

And scared to death, with my teeny tiny baby, a toddler and my big boys,

I said go for it!

In an earlier discussion, I shot it down in no uncertain terms.  He had dreams, too. 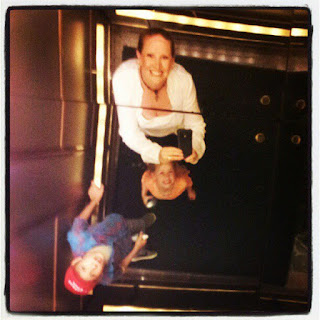 Sometimes happiness is right above your head…

I don’t pretend to understand the hows and whys of what happened.  I don’t presume to think that I actually had anything to really do with our amazing recovery.  Sometimes happiness finds you when you stop looking for it, when you stop trying so hard.  Happiness is found in the most unusual places. Stop and look around, you might just find it.

But, here we are six years later, closer than ever.  I’m in love with the firefighter my elementary school teacher has become.  Maybe we had to hit rock bottom.  Maybe I had totally give up control, which is hard to do for a control-freak.  I don’t know.  All I know that here we are.  My husband left his classroom for a firehouse.  And somewhere in this journey we found our place.  It wasn’t always pretty.  It wasn’t how we planned in college.  And we are clearly not done.

But we are here. 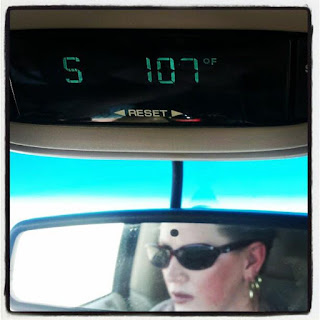 How much truly is too hot to handle?

We are still finding our way.  The nice thing is that is OUR way.  It is OUR journey.  In my heart of hearts, I never gave up, I just gave up trying to decide HOW things are going to go, because that clearly wasn’t working well.  Instead, I focused on making myself into the best person I could.  The best woman, mother, friend and indeed wife. Strengthening my person, probably strengthened my marriage.  Sometimes we need a reminder…in my case a VERY LARGE reminder, that we can only control ourselves.  How we act and react.  How we love and live.  The rest is indeed out of our control.  Sometimes things are too hot to handle. And sometimes that is okay.  Just be sure you lean on each other, together you are strong enough to handle it.

You are Fire Strong!

When a Firefighter is Irritable, Grumpy, and Disengaged When He's Home
30 Days of Thanksgiving for My Marriage
Fire Wife Hot Spot: Molly Warf
The following two tabs change content below.